The Keith & Dufftown Railway (The Whisky Line) is a heritage railway in Scotland, running for 11 miles from Dufftown railway station (Ordnance Survey grid reference NJ322414) to Keith Town (NJ429508) via Drummuir (NJ378442). Originally part of the former Great North of Scotland Railway line linking Aberdeen with Elgin, the line, reopened by volunteers during 2000 and 2001, passes through some of Scotland's most picturesque scenery, with forest and farmland, lochs and glens, castles and distilleries. Passenger services are provided by BR Derby Class 108 Diesel Multiple Units which can seat 100 passengers. The area's abundant wildlife can be glimpsed from the train, including deer, red squirrel, buzzards, heron, and much more. The Railway is open at weekends from Easter to September and on Fridays during June, July, August and September. The journey takes approximately 38 minutes for the 11 mile trip. Passengers can join and alight at any of the three stations, plus Towiemore Halt. There is a 'Sidings Cafe' Restaurant Car located on the platform at Dufftown Station providing lunches and freshly made sandwiches together with a wide range of home baking.  Vegetarian options by request. The restaurant car is wheelchair accessible and the staff are on hand to provide any further assistance if needed.  Private hire of the train is available during the week for most of the year, with a catering service available if required in The Spirit of Dufftown Dining Car which is also situated on the platform at Dufftown station.The Keith & Dufftown Railway is operated by volunteers so, if you have some free time and are looking for something different to do, why not join us? 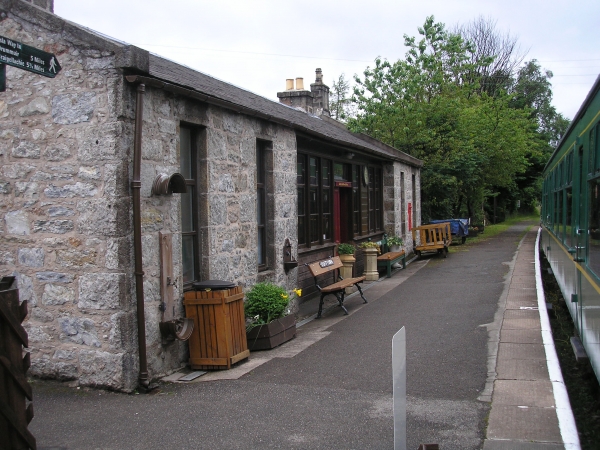 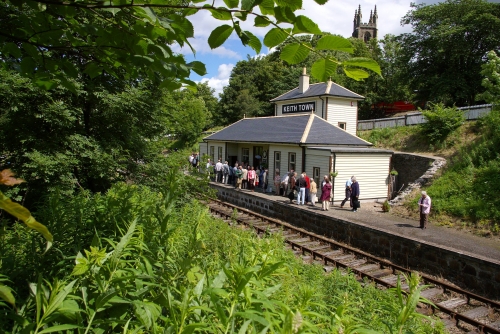 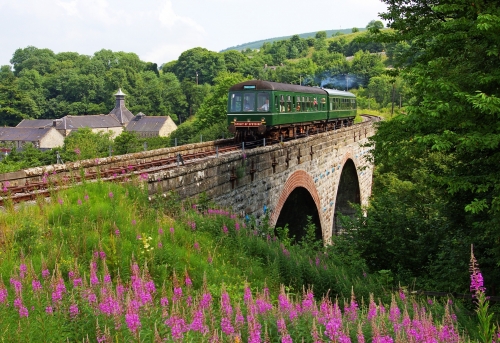